Instructions for how to install the the Windows version of Autodesk Maya on a network share. 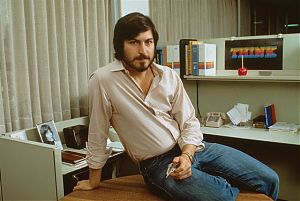 I wrote this last year, after Steve passed. I’m publishing it today, on the anniversary of his death, as a memorial.

Every time you plug a Sony camcorder into a Mac, two disks mount. One of them, called PMBPORTABLE, is unnecessary. This is how to get rid of it without making any changes to the camera. 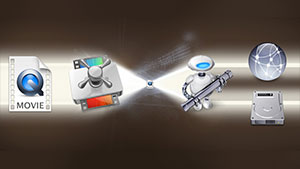 Compress and upload videos to FTP with Automator

I was spending a lot of time rendering and compressing and uploading and looking at progress bars. I wanted to automate the process.

On a Mac, when you hover your mouse over a word and press CTRL – CMD – D, it will bring up a little box with the definition of the word. I love this feature so much. A few months ago, it stopped working for me. I finally found a fix.

I’ve been using this app at school to synchronize the multiple folders where I’ve been storing large QuickTime videos. It does exactly what its name says. It’s very simple to use, works well with networked volumes, and it’s free.

How to hide your relationship status on Myspace

Myspace does not give you an option to hide your relationship status. You can force hide it with this trick.

Hardware function keys and normal F-keys simultaneously on a MacBook

You have an Apple laptop, and you want to use the F-keys at the top of your keyboard for hardware functions (volume and brightness) and you also want to use them for Exposé and other software functions. You wind up using the fn key more than you’d like. Or maybe you’re just tired of turning on the keyboard backlighting by accident.

How to sync a group with iSync

You only want to synchronize some contacts between Address Book and your phone, so you create a group in Address Book, and set iSync to only sync this group. The problem is when you add a new contact on your phone, iSync does not add it to the group on your Mac. This is a workaround to manually maintain sync.